Here’s a question forwarded to me by Simcha Fisher, because she knows I sometimes write about this stuff.  If it sounds like your parish, it’s probably not.  Anecdotal evidence from parents and catechists suggests this happens pretty often.

Updated: Here’s the link to the US’s Virtus program, for those not familiar with the concept.  Since every diocese sets its own additional policies, for the purpose of this Q&A, just think, “safe environment practices.”

This is my question: What is a parent supposed to do when the Virtus requirements aren’t being followed in his or her parish?

This is an actual problem in my parish right now . I don’t have any reason to suspect anyone of any wrongdoing, except for the lack of judgement being shown by our young priest who runs the youth groups. The problem is lack of chaperones. It’s a two-fold problem because (1) no parents are volunteering to chaperone the regular meetings, and (2) he holds the meetings anyway, even when no parents show up and he is the only chaperone.

All the advice I’ve been getting from the various people I’ve asked is to work with the priest to get chaperones. I’ve been trying to do that, but it doesn’t sit quite right. Obviously, if there’s abuse, you’re supposed to report it to the police. Hopefully we all know this by now. But is there an actual protocol or reporting structure that’s supposed to be followed for a problem like this?

The first thing to keep in mind is that the number one reason people ignore rules is that they don’t think there is a problem.  It’s possible Father Lackadaisical is up to no good, but other explanations are more likely.

Second thing: There may or may not be a strict requirement of more than one adult in the room.  With older students, alternate accepted practices may include:

Your parish or diocese may have specific guidelines, or your pastor or program director might be given some latitude in assessing the situation and making a judgement call.

Even if none of these alternatives are accepted standards in your diocese, and in fact there is a strict requirement that two Virtus-trained, background-checked adults be present at all times, the most likely explanation (not the only) is that the youth group leader feels he is nonetheless creating a sufficiently safe environment, and therefore would rather not cancel an important program for lack of other volunteers.

There are some basic standards for addressing safety violations of any kind, and after running through the list we’ll talk ramifications below.  Assuming there’s no reason to believe anyone is in actual danger (you’d call the police), your primary option is to run up the chain of command.  Who does what, where, and how will depend on your parish and your diocese, but it’s something like this:

FYI, experience speaking here, it’s easy to do this wrong, or to do it right but still end up not getting anywhere.  You may accidentally be referred to the wrong person, or to the right person but who doesn’t know what they’re doing.  It happens.  Never ascribe to malice what can be adequately explained by stupidity.

Depending on your situation, this could all turn out any number of ways.  Here are some possibilities:

Your intervention is received with gratitude.  Some people know they are overwhelmed, and appreciate all the help they can get. Some people are conscientious enough that when they unwittingly err, they are thankful that others have their back and save them from disaster.  This is the ideal, and you have to act with the charitable assumption that it will be the case.

If this is the case, what you can expect is:

Just keep patiently helping him out.  People who want to be helped will generally let you help them.

However, be aware that this might not be the case.

You unleash a nasty wave of gossip and backbiting.  If your parish or diocese is dysfunctional, you may already know this is coming, or you might be stepping into the mire for the first time.  If you happen to have a great parish, you might get away with just some temporary unpleasantness and then the restoration of good relations.

One or more administratively incompetent persons persist in carrying on as they’ve always carried on.  Of all the spiritual gifts, the gift of administration is the one talked about least but needed most.  Consider a novena to the Holy Spirit — no I am not joking.

You discover the joy of working with psychopaths.  If this happens to you, you’re basically out of luck.  If you were good at dealing with amoral, self-centered people who were masters at manipulation, you probably wouldn’t have written to strangers on the internet for advice.  Assume the psychopath is going to convince everyone that you’re the crazy one, done.

–> If there’s no crime taking place, once you’ve done your part to bring the problem to the attention of those in authority, you are free to move on.  You will probably want to find some other activity for your family.  You will definitely want to share your experience with a trustworthy, clear-thinking person who can help you sort out whether or not you’re the crazy one.

It turns out the youth group leader is a predator and there is in fact an abusive situation in the works.  This will make you dream of the joys of working with garden-variety psychopaths.  Expect a messy, long, painful ordeal that completely changes your life forever — and since you’re only the bystander, you’ll count yourself lucky.  This is, statistically speaking, pretty unlikely. But if it is happening in your parish, as much as you don’t want to be the one who has to get involved, thank God you’re there.

And finally, prepare yourself for one very likely outcome, regardless of how well or poorly everyone else responds:

You don’t handle the situation with grace and aplomb.  You’re an ordinary mortal with a limited set of gifts.  If you don’t happen to have that perfect combination of patience, wisdom, fortitude, diplomacy and pixie dust, there’s a good chance you’re going to at least partly screw this up.  Cut yourself and everyone else a little bit of slack.   When the other people who end up involved in this don’t handle it as well as you’d like, remind yourself they are mere mortals, too.  If you haven’t done so already, cultivate an abiding love of the Chaplet of Divine Mercy.

Best wishes.  Readers, in your charity please take a moment to say a prayer for all those who have to get involved in confronting problems of this nature.  Thanks. 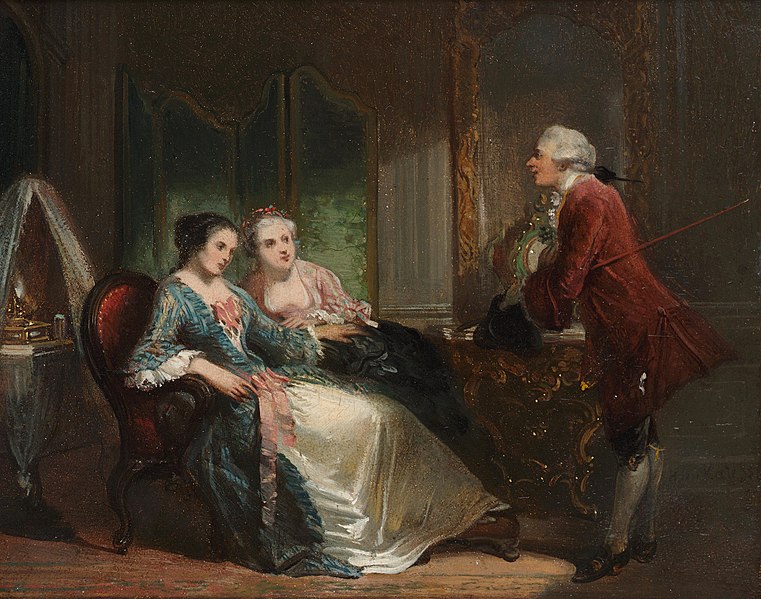