I like France.  I like France very, very much.  More epic vacation blogging to prove that point is coming soon — meanwhile I hope you are enjoying Erin Arlinghaus’s reports from Chamonix.  But there are few related bits of French culture that are astonishing to Americans, or should be.   An interview with Gabrielle Deydier helped pull all those threads together for me, and will hopefully help other Americans appreciate a strong difference between American and French culture.

That’s radical, because being fat is not something French people do very much.

I know this, because one of things I’ve been meaning to mention here in my collection of vacation blog posts is that if you are a plus-sized person, you need to plan ahead when traveling in France. For example, of our various accomodations during our trip, most of the bathrooms were very spacious — larger than a typical American bathroom.  One, though, in a perfectly reputable non-chain hotel, was tiny like you’d find in the smallest of travel trailers.  A bathroom so small you’d be wishing for that giant powder room they had in coach on your flight across the Atlantic.  It’s just assumed that the people coming to the hotel are thin people.

This worked out well for us, because my rail-thin children could go shopping and buy clothes that fit them, which we don’t get to do in the US very much.  But not everybody comes in extra-extra-slim, so if you are planning a trip to France and space needs are a concern, that’s something you want to find out before you make reservations.  Seriously: Ask for measurements in the room you are booking.  (If you’re tall: Ask them to measure the length of the bed, if it isn’t given in the room description.  Inquire about ceiling height in the shower as well.  And remember, every room is different in a non-chain French hotel or B&B.)

So back to Ms. Deydier.  Her book is called You’re Not Born Fat, and it chronicles the shocking amount of open prejudice and insult she has received as a fat person trying to live and make a living in France.  She literally lost her job as a teaching assistant after a month of harassment about her weight — harassment that came from the teacher she worked with, who openly mocked and criticized her in front of the students.   She writes about the lengths the French will go to in order to be thin, including a huge and sometimes-deadly bariatric-surgery industry.  As she writes for Le Parisien, the rate of suicide among those who undergo surgery is double that of those who do not.

If you wish to understand this mania, spend in a little time in the mind of America in the 1950’s.

A good friend of mine from high school in France (who later struggled with anorexia in college) came to visit me in the US.  We toured around a bit, and of everywhere she visited, my grandparents’ home was where she felt most at ease.  She described them as being “like the French.”  My grandparents are not French.  But my grandparents were model 1950’s Americans.  They lived by the etiquette book.  Every bit of bourgeois conventionality youngsters rebelled against in the late 1960’s my grandparents embodied in every fiber of their being.

The French, you see, put a very high value on appearances.

Consider adultery, for example.  It is widely accepted as a part of life, so much so that there is even a specific time of day devoted to it.  But discretion in the rule.     The hacking of Ashley Madison was a disaster, because it broke of the rule of don’t-ask-don’t-tell.  Lifelong marriage is highly valued, but “fidelity” is about maintaining the family home and unity in public life, not about who sleeps with whom.  Your wife’s children are your children, and it’s illegal to get a paternity test showing otherwise without a court order.

Thus, in turn, comes the law making it illegal to show a video featuring happy children with Down Syndrome. Abortion is the ultimate tool for keeping up appearances.  And this brings us back to the 1950’s.  While Americans never embraced adultery the way the French do (but did still tolerate it for the sake of the marriage), Americans have a long history of institutionalizing disabled children:

Between 1946 and 1967, the number of people with disabilities that were housed in public institutions in America increased from almost 117 000 to over 193 000, a population increase that was almost double that of the general post-war “baby boom”.  As time went on, those admitted were becoming younger and their disabilities more pronounced. In regards to Down syndrome in particular, there were many cases where fathers and doctors conspired to have a baby institutionalized and then told the mother that the baby had died.

Now, of course, we just abort them.  The French do as we do, but with the French twist of not permitting any reproachful reminders that there were better choices.  Smoothing things over is the highest goal. 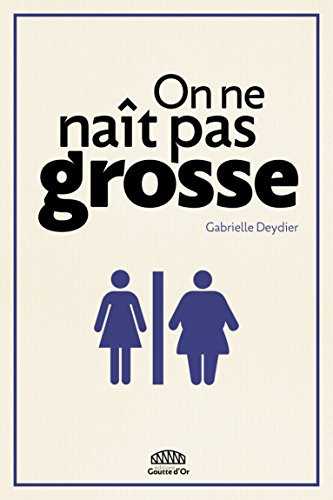 Cover art courtesy of Amazon.fr.  FYI a good source for French-language books if you wish to order online for shipment to the US is Decitre.Fr.  They don’t have this particular book in stock in paper right now, though.