A friend shared this fundraiser for yet another young person wishing to pursue a religious vocation, but student loan debt stands in the way.  I don’t discourage you from helping.  Meanwhile, the problem looms very personally for us.

The other morning, Fr. Gonzo and I were chatting about this and that, the subject of Mr. Boy (now a senior in high school) came up, and Father suggested, “Look into Reputable Faithful Catholic U.  I think it might be a good fit for him.”

I was a little taken aback, mostly because I’m too deep inside Catholic circles, so I know some of the dirt on RFCU.  But of course, Fr. G. is no less ignorant, he gets around too.  The question on further reflection isn’t whether this or that school has problems (it’s a fallen world, they all will), but whether the education and formation are suited to the student at hand. I resolved to give RFCU a good look.

And then I remembered the part about the loans.  If the boy goes to an in-state public college, he can get through debt-free.  That’s basically a four year walk through Heathens Are Us, but not entirely so.  It’s possible to cobble together a decent education if you pick your way carefully.

The boy is smart.  He could get accepted at a good Catholic school.  He’d have a lot to offer the school, and the school would (if well-chosen) have a lot to offer him, but also there would be debt involved.  Un-subsidized tuition plus housing costs will do that to you, even after you knock off the usual discounts for pretty-good-but-not-perfect students who ask for aid.

So anyhow, all that to say: I don’t know much, just that I hate student loans, and I hate that the standard model for good Catholic education seems to require them. 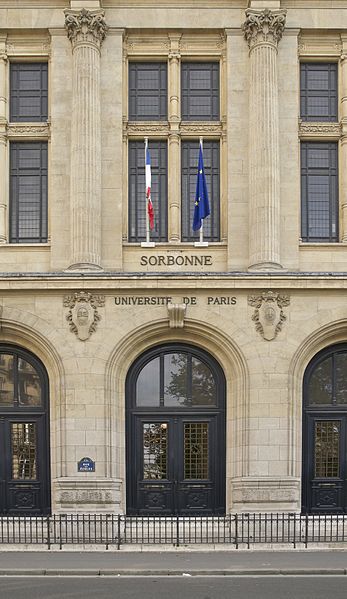 Photo by Jebulon (Own work) [CC0], via Wikimedia Commons.  Back when universities were first invented, this vocation question wasn’t really a problem.  But of course the students still behaved terribly and people complained. I think higher ed is just something we all want to always complain about.