The other week when I posted my rant-o-rama about the misuse of the label “amazing,” John Hathaway went right to work at the blog discussion group pulling out of me the what’s really going on here??  We managed to cover a lot of ground in a short amount of time, and below I’m going to explain what I think is the biggest, most deadly part of going around thinking other people are “amazing.”

But first, a few side issues that deserve some resolution:

(Yes!  Even though I am a convicted comma abuser!  We pundits would have nothing to do all day if we sat around waiting for our holiness to arrive before we opened our mouths.)

Now, on to the Pedestal of Death.

Let’s talk about Superman.  He stops speeding bullets.  He leaps tall buildings in a single bound.  He’s the guy you look for when you need something done that ordinary people just can’t do.  He’s called “amazing” because he does things you and I never could.

Ordinary people of course are “amazing” in the sense that we are each the precious and intricate handiwork of God.  Spend half an hour learning about the things we’ve discovered to date about, say, the way a human nerve cell functions, and you’ll be rightly amazed.  Furthermore, our loved ones bring all kinds of invaluable gifts to the world simply by being themselves.  Despite my cantankerous headline the other day, your children are in fact amazing even when all they’re doing is drooling over their baby food.  There’s that.

But sometimes we call someone “amazing” not out of simple wonder at the marvel of human worth and dignity, but more in the Superman-sense of amazing.  We have gotten to where certain classes of people who happen to be doing hard things are given the Superman label.

Life is hard.  Humans — all of us — are called to do hard things.

When somebody is dealing with some tremendous difficulty, they aren’t being Superman. They are experiencing human life.

Lately though, our society has gotten that idea that difficulties are only for Very Special People.  We consider suffering to be the sole province of amazing superheros, and do all that we can to excuse everyone else — people who are “like us.”

If you have a baby with an adverse prenatal diagnosis and you don’t choose to abort that baby, people call you “amazing.”  Only special superhero people can do that; ordinary people would have to abort, because they just can’t take it the way Amazing SuperParents can.

Thus it follows that if you happen to be raising a child with a serious illness or disability, or you happen to be such a person yourself, surely you are “amazing” for experiencing such a life.

If you reach a point where your family member’s illness or disability becomes overwhelming, you’re “amazing” if you continue to care for that person rather than opting to go ahead and put the sufferer to death.  If you yourself are the one directly suffering and you choose not to commit suicide, again you are “amazing” for enduring what “ordinary” people just couldn’t do.

Not Killing Innocent People is an Ordinary Person’s Job

There’s just nothing “amazing” about not committing murder.  Ordinary old you is a person who is called to man-up and do your best to muddle through difficult circumstances.

Some people endure their hardships with admirable fortitude and good grace, while others of us aren’t winning any prizes for Sufferer of the Year.  But all of us, by mere dint of our humanity, should anticipate the time when we, too, will bear our share of hardship.  We don’t have to seek it out; it will find us.

When it comes, we will not be Amazing Supermen.  We’ll feel the sting of the bullet and the penetrating wound and the leaking of life from our bodies in an unstoppable river of blood.  Suffering hurts.  Suffering is difficult.  Suffering eventually robs you of this mortal life.

The going expression is that if you put someone on a pedestal you’ll see their clay feet, but I don’t think that’s the gravest risk anymore. Anymore, the pedestal is where we put people we want to admire from a safe distance.  If you keep far enough back from someone who’s working through a difficult part of life, and you squint so you don’t see the messy parts, you can convince yourself you’re looking at Superman.

You can say to yourself, “I could never do that.  I’m not Superman like that person is.”

You can say to other people, “I don’t expect you to do that difficult thing, because if you’re not Superman it’ll be just too hard for you.”

You can say, “Well, they are the ones who chose not to abort or euthanize — if they’re having a hard time, it’s not my fault they tried to act like Superman.”

These are lies.  The people you know who are doing hard things right now? They are ordinary people.

If you admire someone’s fortitude or good grace, don’t say, “Wow you are so amazing!” as if your friend were from another planet, possessing super-human attributes.  Rather, say, “Wow. When my time comes to face some similar trial, I hope I’ll have learned enough from your example to be able to do you proud.” 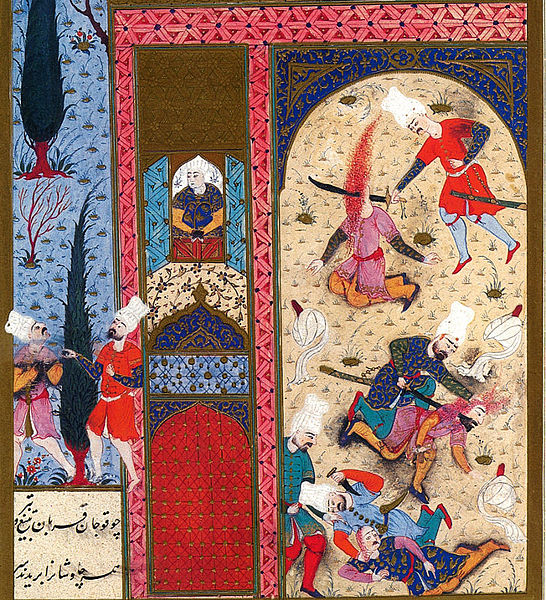