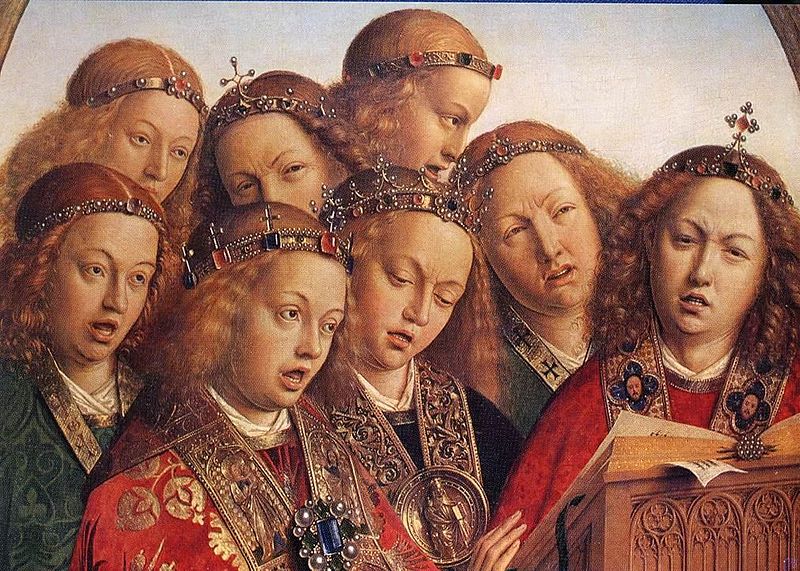 I woke this morning to check on the progress of the hurricane and saw the eye was headed straight for the home of John C. Hathaway.  I logged onto Facebook to see how the family was faring, and learned that John had died (as unexpectedly as John Hathaway could ever manage to die) in the early hours of the morning.  If you knew John at all, you would find it entirely fitting that a hurricane should do a flyover to pay its respects.

(If you knew John at all, you would know that he would rebuke me sharply for saying it, but also that Santo Subito! are the words that come to mind on his departure from this life.)

So here is something interesting:  Back in 1931, Pope Pius XI extended the feast of the Maternity of the Blessed Virgin Mary to the entire church. It had long been celebrated in Portugal on October 11, so that was the day established for the feast.  Therefore if you check Butler’s Lives for this morning, whether for your own edification or in order to note the auspicious nature of your dear friend’s day of death, you’ll see this quote:

But one thing in particular, and that indeed one of great importance, We specially desire that all should implore, under the auspices of the heavenly Queen. That is to say, that she who is loved and venerated with such ardent piety by the separated peoples of the East would not suffer them to wander and be unhappily ever led away from the unity of the Church, and therefore from her Son, whose Vicar on earth We are. May they return to the common Father, whose judgment all the Fathers of the Synod of Ephesus most dutifully received, and whom they all saluted, with concordant acclamations, as “the guardian of the faith”; may they all turn to Us, who have indeed a fatherly affection for them all, and who gladly make Our own those most loving words which Cyril used, when he earnestly exhorted Nestorius that “the peace of the Churches may be preserved, and that the bond of love and of concord among the priests of God may remain indissoluble.”

You can read the full text of Lux Veritatis here, and doing so would be a fitting way to commemorate Hathaway’s legacy.

(Vatican II, which opened on this day, moved the feast to January 1 . . . opening the slot for Pope St. John the XXIII who gave us that council.)

There are many other things to say, and I hope to say them later.  For now, please pray for the repose of his soul and the consolation of his beloved family, to whom he was utterly devoted in his vocation as husband and father.

Updated: Fellow Catholic Writers Guild member (John was a writer and member of the CWG) has set up a Give-Send-Go account for the family, to cover their funeral expenses and other needs.  Your generosity is much appreciated. 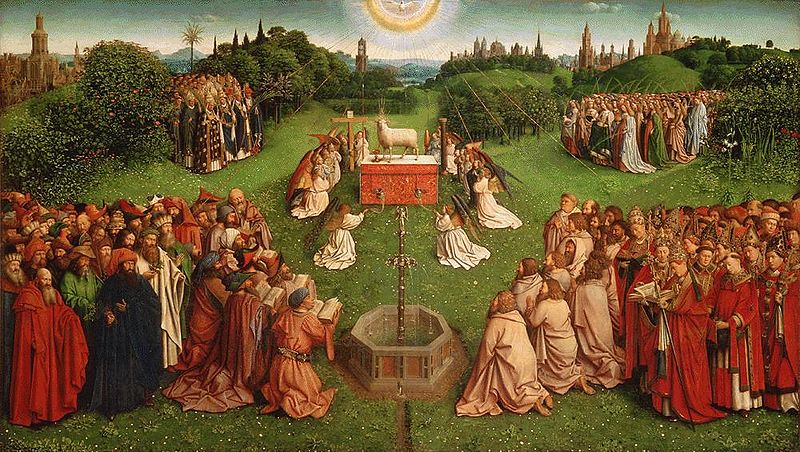 Details from the Ghent Altarpiece courtesy of Wikimedia here and here.