The details haven’t been finalized, but I wanted to give you, my faithful readers, a preview of my naked-female-Olympian-senior-citizen photos.  There’s been some criticism of my plans to go through with this, and I thought it only fair that you get the whole story.

Complaint #1: But Jennifer, you aren’t naked!  People say that all the time about me.  Just like C.B. Jenner, who will be naked except for an American flag, as you can see here, I am naked except for the things that make me not-naked.  Sports Illustrated always covers up the naughty bits on their pin-up models, that’s how you know they are a reputable publisher.*  The old word for this was “clothed” but that doesn’t sell magazines.  You can call it trans-naked if that makes you feel better.

Complaint #2: Not wearing an American flag.  Looks like I’m wearing something from my vast collection of black t-shirts, doesn’t it?  Small-minded people think that way.  It’s a trans-American flag.

Complaint #3: No Olympic medals. I’ve gotten as many medals in women’s Olympic events as Jenner has, but certain bigoted people keep pointing out that I’ve never even been to the Olympics. That’s not true.  I watched the women’s Olympic cycling time trials in Atlanta in 1996, and my sister-in-law can vouch for it because we carpooled, so there.  Just because I don’t have any Olympic medals doesn’t mean surgeons and photographers can’t work together to give me some.  I’ll be a trans-medalist in time for publication.

Complaint #4: Not a sixty-something. They always tell me that at the library when I explain I should be exempt from overdue fines, just like all the other over-55’s.  Okay, so admittedly, people who look at my birth certificate would infer that I’ve got a few more years to go before I’m technically in my sixties, but you know what?  I’ve always felt most comfortable around older people.  I identify with older people.  Also, I’m kind of decrepit.  Why do you hate trans-seniors so much?

Complaint #5: So where’s the grey hair?  This is the most ridiculous one I get, because look around: How many sixty-something women do you know who let their grey show?  Not many.  I may not have as much grey as other ladies of-a-certain-age, but I’ve got it and I wear it loud and proud.  When you look at me and see all that hair that appears to be naturally not-grey-still?  That’s actually my real inner me showing, the one who’s fully grey but gets it colored by a slightly careless hairdresser.

Complaint #6: You don’t look like a model. At all.  A lot of trans-models don’t.  This is why enlightened people use photoshop.  I’m just showing you the raw cuts.  Once Sports Illustrated is done with these, I’ll look exactly like my thirteen-year-old daughter, only not as happy.  That’s what all fashion models look like: Thirteen-year-olds who’ve just been put on restriction.  Unfortunately, it’s difficult to photoshop out the pained look that comes from only eating four meals a week. Real thirteen-year-olds are much more fun to be around.   Since I’m a trans-senior who eats every single day, there is a suspicious look of contentment around the corners of my eyes, and SI is out of luck there.  But I sold them on the idea that it would be cutting-edge to feature someone who was only trans-anorexic.

Complaint #7: You aren’t famous, so you won’t sell any magazines.  I know!  I tried to convince SI to be trans-avaricious, but they swore they were the the real thing.  So I explained that I was trans-famous, and that was just as good as regular-famous.  But my goodness it’s like they’re stuck in the eighties or something — like the only thing they care about is selling magazines!  But I’m okay with that.  I’m a trans-SI girl, and that’s good enough for me. The people who love me know the truth. 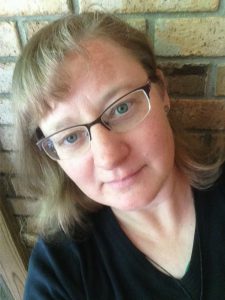 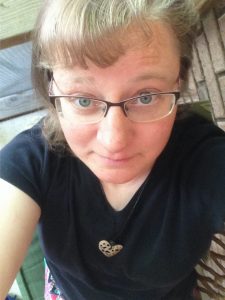 *Oh, so you wanted to know what real live sixty-something women look like naked?  Should’ve gone to medical school – hasn’t your mother told you that?