Among evangelical Protestants and Catholics (and perhaps a few Orthodox), there’s a line of thinking about Donald Trump that goes about like this: He’s got his flaws.  None of us are perfect.  Anyhow, let’s leave the past in the past.  He’s a Christian now.

At the opening of the debate Sunday, Donald Trump was asked directly about the recordings (over a decade old) of him bragging about committing sexual assault.

Now here is what any good politician, honest or a liar, would say if they were courting the Christian right:

Oh, yes, that’s a very shameful part of my past.  I have repented of those sins, and I regret every day that I ever said or did such things.  By the grace of God I’m trying to become a new person.

I know many Christians who’ve sincerely expressed that sort of repentance; I’ve also seen bona fide psychopaths spout the lines.  Saying the words isn’t a measure of sincerity, but it is a measure of knowing the words.

Trump went nowhere near those lines.

What he did was justify his recorded words by sticking to his argument that it was just “locker room talk.”

It was a good service he did, because now we don’t have to wonder whether he was lying or not.  We can be confident that:

His conscience is wickedly deformed, but logically consistent.

Here’s an article on sex-trafficking in the Myrtle Beach area, with a few comments from an assistant US Attorney who works on prosecuting such cases.  I had not considered it until this very moment, but I am now asking myself: To what extent would a President Trump cooperate with such investigations if his own businesses were implicated?

We do know that Democrats have repeatedly made abortion a litmus test for which organizations can receive grants to help victims of human trafficking.  We can reasonably assume Clinton will continue with that approach.  On the other hand, at least in this part of the country, under the present administration federal prosecutors are plenty active in shutting down what they can of that business.

Lest you think I overreach, keep in mind that Trump’s lack-of-repentance concerns non-consensual sexual acts.  That’s what human trafficking is about. The difference is degree, not kind.

But let’s face it. This election presents us with a Sophie’s Choice. There is no moral vote. Only when compared to Hillary Clinton can Donald Trump come even close to resembling a decent human being. But, let’s be honest, that’s like saying I’m better-looking than Quasimodo. However, if we choose not to vote, or vote for a third party, then we can legitimately be accused of helping Hillary win the presidency (unless you live in a blue state like me where a vote for the GOP candidate doesn’t count anyway).

So, let’s stop claiming a moral high ground in this election. There is none. These are the two most morally depraved, power-hungry, and unfit candidates ever to win the Democratic and Republican Party nominations. They are a reflection of the moral bankruptcy of our nation. And, rather than waiving a party flag, every honest person of faith should be mourning the truly pathetic state of our union.

She’s writing to her fellow Evangelical Protestants, but her comments apply to Christians of every stripe. 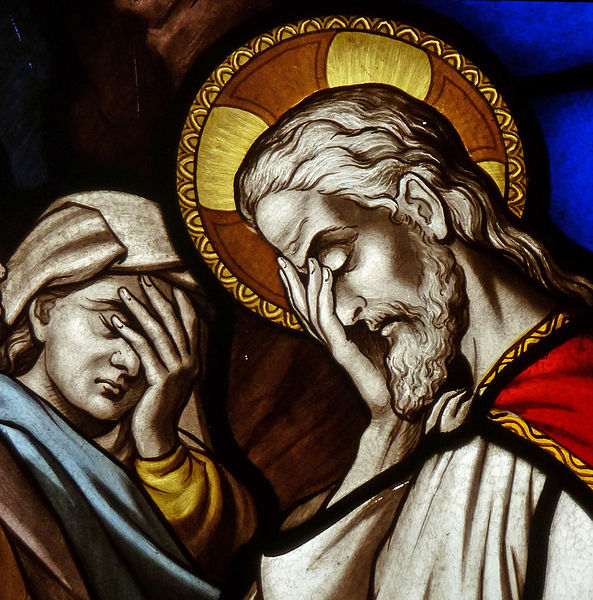 Artwork courtesy of Tim Green from Bradford (facepalm) [CC BY 2.0], via Wikimedia Commons