It’s Dysautonomia Awareness month, and I’m hereby aware.  Dr. Google can tell you all sorts of things, but my favorite link is to Living with Bob, FYI slight language warning (which I don’t approve of), but I like the assortment of information.  When you visit Dr. Google and the major advocacy organizations, what you mostly hear about is POTS, to the point that some outfits equate the two.  That’s sort of like equating “leg pain” with “broken femur.”

Since blogging is all about self-absorption, let’s talk about me.

The most dramatic and pressing element of my dysautonomia is Inappropriate Sinus Tachycardia, which drama longtime readers know all about, check the archives.  What happens is that on exertion my heart rate accelerates excessively, which leads to dramatic shortness of breath and an inability to do, well, anything.  Conveniently I’m one of the people who responds very, very well to a low-dose beta blocker, so the symptoms are under control.

Curiously, this study from 1966 recreated exactly what my heart rate does.  The difference between the “control” and “parasympathetic blockade” heart rates is pretty much me before IST vs. with IST. “Double blockade” is what I look like with IST controlled by a beta-blocker.

In everyday terms: One day on vacation last spring I forgot to take the beta blocker.  After a leisurely breakfast, about noonish I started getting ready to go out and do something fun.  Brushing teeth? HR of 120.  In the shower? 140.  In contrast, on the beta blocker, 120 would be my heart rate having just jogged up two flights of stairs carrying a full bookbag.

On the vacation story, once I noticed I’d obviously forgotten something, I went and took the beta blocker and was fine to go out and be a normal active person traipsing around the city all afternoon.

One of the things that people will say about these kinds of idiopathic tachycardias is that they must be due to “deconditioning.”  When I first started with severe shortness of breath on exertion, I had just gotten home from a trip up north where I’d spent one morning climbing up and down a snowy hill sledding with the kids, no problems.  You don’t decondition that quickly.  Likewise, once I was diagnosed and treated, I went in the space of an hour (time it takes to make propranolol start working) from unable to walk an 1/8th of a mile slowly to doing laps at the school walking track as quickly and for as long as I liked.

I assure you that if you are so deconditioned that you can’t walk an 1/8th of a mile, the lowest available dose of a beta blocker will not instantly improve your conditioning by a factor of twenty. Dysautonomia is not deconditiong.

Because the tachycardia responds so well to treatment, it’s not a significant problem as long as I’ve got access to the drugs.  I would say the most debilitating and limiting symptom I have is that I will, intermittently, get lightheaded when talking.

It’s a sensation a lot like hyperventilation, and the effect is similarly cumulative — you can handle some amount of it, but eventually you have to quit.  It’s a fairly common complaint among people who have POTS (which I don’t have, but which is a different tachycardia), and one that there is basically no discussion of in the literature that I can find.

I manage this symptom by daily reconsidering whether maybe I should have been a Carthusian.  Just kidding.  I’ve never even had chartreuse.

What really happens is that if I’m particularly feeling it, I just avoid talking to people.  This is a tad socially awkward.  Alternately, I talk to people and secretly resent them for being a person that I’m talking to (tad immature); or I feel guilty for making my brain hurt having so much fun (tad scrupulous), because it does take a toll on my ability to do other things as the day wears on.

Much like the way people who get migraines or stomach aches don’t necessarily have those symptoms 24/7, sometimes I’m just fine.  So that’s even more socially awkward, because one day I might be, say, subbing teaching a class with no difficulties, and another day I might want to hide from people because they persist with this crazy idea about talking to each other.

On a medium day I can get away with pacing myself.  I do better if I’m the one choosing how quickly I talk and if I’m alternating with someone else. So a phone call to my grandmother works great; group Rosary not so much. On a medium day I might sing most of the best two hymns at church, but with a certain amount of lip-syncing interspersed because the pace is still more than the brain can take.

The reason I’m writing today, mid-awareness-month, is not just because I’m procrastinating on other work (true) but because I was made suddenly re-aware of one of last year’s most interesting developments.

What’s happened is that we are now, thank you Hurricane Matthew, having beautiful southern autumn weather.  Lows in the 50’s, highs in the 70’s, huge clear blue skys, low humidity, you can’t ask for anything more idyllic.  This morning I dropped off the 5th grader at school and then picked up a few groceries on the way home, perfectly comfortable in jeans and a long-sleeved t-shirt.  Sitting in the shade in the early morning, you wanted a flannel shirt — remember it was in the 90’s a week ago, so we southerners get a flannel shirt pass, thanks.

But let me emphasize: This weather is PERFECTLY COMFORTABLE.  Important to the story.

So anyway, later in the day I laid down for a quick nap (because: procrastination makes me sleepy, ha).  The bedroom was a comfortable 70 degrees.  I’m wearing jeans, socks, long sleeve t-shirt, flannel shirt.  All clothing is that perfect fit for temperature regulation, not-to-tight-not-too-loose.  No gaps at the waist or ankles or anything.  On top of this, because we humans cool down when we sleep, I pull on blankets.

Not just any blankets: A down comforter, and on top of that a synthetic comforter.  You are now thinking to yourself this girl’s going to wake up a sweaty mess in half an hour.

Nope.  It’s fall!  We’re down to a brisk SEVENTY DEGREES!  So it’s time to resume . . . the thing where we wake up shivering immediately upon falling asleep.

No, Really, I Can Do Winter

I spent many decades camping in the winter.  When the huge ice storm hit twelve years ago, and we had no power for a week and the house was 45 degrees inside?  No problem.  I won’t say I enjoyed it, but we all slept great.  I know how to sleep in cold weather.

What’s happening with the dysautonomia is that my body temperature drops too quickly when I fall asleep.  In the summer, it’s not a problem — hence the fact that I had two comforters on the bed even though it was in the 90’s last week.  Humans intuitively grab the amount of bedding they need, that’s a basic survival instinct.

I don’t have persistent hypothermia (which happens to some people).  My body will eventually warm up the clothing and bedding and I’ll be just fine all night.  But because of the steep temperature drop on falling asleep, I’ll go through three or four attempts at sleeping before I can stay asleep.

This will make you feel like an insane person.

You will remember that sometimes when it’s very cold, people will wake up in the middle of the night looking for more blankets.  And then you will have to remind yourself: Those people aren’t going from perfectly-comfortable to body-shaking-shivering in the minute it takes to drift off to sleep.  Under a lot of blankets.  When it is seventy degrees in the room.

The Insanity of Dysautonomia

The maddening part of autonomic dysfunction is that every thing that happens is something that your body might also do under normal circumstances.  People get hot or cold.  Heart rates go up or down.  Something like getting dizzy talking or singing?  Hyperventilation happens.  You have to remind yourself that gosh, no one else in church is begging the organist to slow down so we don’t all pass out.  Every. Single. Hymn. in the hymnal isn’t some manic composer’s effort to see how many people have the breath to pull it off.

It’s not normal for an ordinary Sunday service to feel like some kind of survival-themed reality show.  Last Congregant Standing — Do You Have What It Takes To Sing All Four Verses?!!

But humans adapt marvelously, and this only makes you feel crazier.  You get used to the idea of needing an external heat source* in order to not be shivering on a seventy degree day.  You get used to the idea of assessing how much conversation your brain can take before you really have to stop.  You lose track of the fact that other people aren’t constantly managing all this weird stuff.

There’s more to complain about, but I’ll stop there.  To summarize: Dysautonomia is a condition whereby your autonomic nervous system has gone off its rocker and is trying to take you with it.  The end. 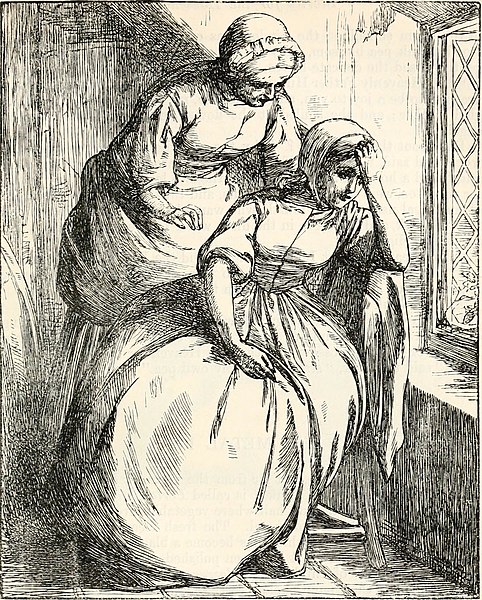 *For an external heat source, think electric blanket or heated mattress pad.  Basically it converts your autumnal weather back into summer in the area adjacent to your body.  If you also happen to need an extra two hours of sleep in the winter months because of the energy it takes to keep your body warm, if you religiously use such a heat source whenever you are sitting or lying still, it can buy you a couple more hours of wakefulness.