Quick update: Rod Dreher has excerpts of the ruling against Maya Forstater, if you wish to know what all the fracas is about.  Read it.  Forstater’s crimes are thought crimes and speech crimes.  Is this the society you want?

***
For insight into the state of the culture war, here’s Katelyn Burns at Vox explaining that J.K. Rowling, the poor dear, just doesn’t know any better because she’s been raised by those dreadful backwards British feminists.  Holds onto these horribly unscientific ideas about gender and biological sex, dontcha know.

Full Disclosure: I am one of seven people on the planet who have no opinion whatsoever about the Harry Potter books.  Haven’t read ’em, don’t plan to, don’t care if other people do or don’t. Not my genre.  As a result, I’m in that rare position of not caring, one bit, whether J.K. Rowling and I agree on issues dear to my heart.  But weirdly, she’s been caught holding an opinion not unlike* my own:

Dress however you please. Call yourself whatever you like. Sleep with any consenting adult who’ll have you. Live your best life in peace and security. But force women out of their jobs for stating that sex is real? #IStandWithMaya #ThisIsNotADrill

So let’s talk about her need to Woke Up!

Feminism is a Big Tent

So it is no surprise that the varied group of persons calling themselves feminist, and holding in some general way to a belief in equal rights for women, would be divided on the question of where male-to-female transgender persons fit into this equation.

Are There Things Only Women Experience?

One of the divides among feminists is about what exactly the female experience is, and how it plays out in society.  Are there power imbalances between men and women?  If so, where and how do they occur?  How does one’s experience of being a woman vary based on social class, race, wealth, education, political power, physical ability . . . all these questions are dealt with by feminist thinkers in varying ways.

One answer, and the answer to which I and many other women (and men) hold is that something is feminine by simple fact that a woman experiences it.

The Fight Against Gender Stereotypes

We who hold this view do so for logical reasons, but also for reasons seated at the very foundation of the feminist movement.  In fighting for equal rights, a significant hurdle to overcome was the challenge that xyz items (legal status, political power, equal pay, certain jobs . . . and the list gets longer and more absurd the more restrictive the culture) were not open to women, or appropriate for women, because it wasn’t “feminine.”

This leads to experiences like my beautiful, stylish, teenage daughter dropping in at Lowe’s Hardware this week to buy more flashing tape for the construction job going on at our house . . . and being directed to the command hooks.  Yes, she is in the middle of a DIY project  — but it’s not hanging knick-knacks, thanks.  She eventually helped the employees find the product and showed them how to scan the barcode on the box, because she knew what she wanted and they’d never heard of it.

Is construction a “feminine” activity?  Well there’ve been female contractors on all the crews that came to our house, and the parts we’re doing ourselves keep involving me and my daughters . . . so I say yes.  The fight of the feminist movement is to not be told Honey you need to leave that dangerous, dirty construction stuff to the men, it’s not for people like you.

The Experience of Being a Woman is Distinctive

Some of what feminists write about is experiences like this one, where, due to societal prejudice, people still assume girls like my daughter couldn’t possibly know what flashing tape is or how to use it.  Other experiences are distinctively feminine regardless of culture: Menstruation, intercourse as a woman, childbirth, breastfeeding, weaning, menopause . . . these are uniquely feminine experiences.

Cultures vary, and so do the experiences of individuals within a culture.  When we look at situations like the hardware store example, there may well be men who can relate in some way to my daughter’s experience; there may also be women who never experience that low-level bless your heart prejudice.

Likewise, not all women experience their reproductive sexuality in the same way.  There are situations where a given man and a given women might find more in common with each other than they do with some other men or other women.  It happens.

Still, and this is the assertion of the strand of feminism that I and J.K. Rowling appear to have in common, there are certain experiences that are distinctive to being female, and should not be explained away.

Where Does This Leave the Male-to-Female Transgender Person?

Here is an interesting story from those who are old enough to remember a time when transgender wasn’t a thing, we just had drag queens and transvestites and dinosaurs: Back in those days, no one was paying attention to who used what bathroom.  If you looked like a woman, you used the ladies’ room, done.

Passing was everything, of course.  “Success” was the friends sitting out on our porch, he a man of variable sexual interests, his date a man in drag, and our housemate coming in late, chatting for a few minutes, and the next day asking, “Who was that?  A couple from church?”  Well, no.  Good friends, but not church-friends, heh.

Now it is clearly on record that I do not hold that the correct treatment for gender dysphoria is an attempt at a sex change.  But allow me to assert something that I think is important in respecting people who experience gender dysphoria, whether they consider themselves transgender or anything else: Other people who have not been there don’t know what it’s like.

Other people might be able to relate, to some extent, because they have had analogus experiences in some other context.  But to be a man who feels strongly that he is a woman? To be a man who undergoes any number of personal changes in a sincere attempt to embody the womanhood he feels is his own?  That is a unique experience.

Among the many strains of feminism in the big tent, there’s a brand that I and many women have rejected.  This brand says that “equality” means men and women must be the same. I need to surpress my fertility, pretend not to have a period, show indifference to motherhood, and all the while prove to the world that I’m just as strong and mathematical and scientific as any man.  (In fact I am more mathematical than most of the men I went to grad school with, but that’s not what confers equal rights — theirs or mine.)

I find this abhorrent.  My equal worth as a woman doesn’t depend on my ability to pass myself off as smaller, pudgier, breast-laden man.  My right to equal pay for equal work doesn’t depend on my supressing my fertility or weaning my baby prematurely.  I don’t deserve to be treated with respect only if I can somehow prove that I don’t experience “girl” emotions or “girl” interests.

I assert that for transgender persons, this kind of feminism is not the enemy.  This is the path to genuine respect and genuine equality.  On this path, the unique experiences of being transgender are not brushed away.  Your worth as a human being is not measured in how well you “pass” as the gender you identify with.  To openly acknowledge that being a male-to-female transgender person is different from being born female is to get off the hamster wheel of forever having to prove yourself “woman enough.”

Shall We Cancel Harry Potter?

I don’t expect many beyond my ordinary readership will find this point of view persuasive.  We are living in an age of soundbite philosophy.  Logic and the examined life are, at present, out of fashion — and the fashion police are vicious.  The idea that one could have an honest opponent, or even an opponent whose freedom of speech is worth preserving? Unthinkable.

So J.K. Rowling may or may not hold up in the twitterstorm.  If she does, perhaps Harry Potter becomes one of those embarrassing franchises now requiring the cultural-safety warning.  Perhaps, in one of those twists only our warped times can produce,  Chik-Fil-A starts issuing wizard cows.  Who’s to say?

But I’m grateful there are still a few voices championing the strain of old-school feminism on which I was raised, because I believe it’s a point of view that serves all men and women well. 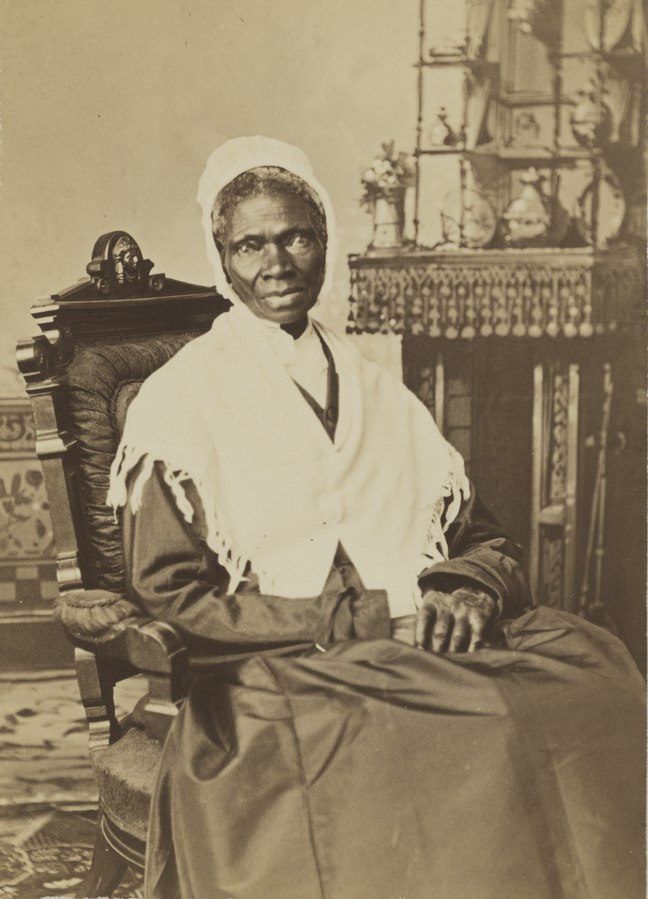 Photograph of Sojourner Truth, whose “Ain’t I a Woman” speeches should be mandatory reading on this topic, courtesy of Wikimedia Commons, public domain.

*I am somewhat flexible on the question of whom you sleep with, but I think you ought to save sex for your faithfully wedded spouse.  But let’s not get into the co-sleeping debate, okay?