I always have trouble when Christians say, “Jesus had to die on the cross in order to save us.”  It makes me think: I suspect God could have saved us however He liked.

But He did it this way, so here we are.

Humans are thick about the nature of God.  You’ve just been created out of dust and given domain over the earth, and yet you’re unclear on God meaning what He said when He told you not to eat that one fruit.  Never mind ten plagues, the parting of the Red Sea and the drowning of the Egyptian army — did God really say . . .?

The Godliness of God is hard for us to grasp.

Even harder, judging from the pagan pantheons and our own understandable tendency to despair in the face of so much evil, is believing that God is good.  The gods of myth are fickle and self-serving; they come to our aid when it suits their own cause, not ours.

Thus the Incarnation.  Here comes God in the form of a man, which the mythical gods have done in their way, but this one is different.  This one loves the way that men love when they are very, very good men.

Mostly we humans like to push off thinking too carefully about love, because what we want is for the satisfaction of the present moment’s desire to be counted as “good enough.” But we do know real live goodness when we see it.  We honor the sacrifices of those who have given of themselves for others.  We know deep in our hearts that the very best people, the ones who embody Goodness itself, are those who care entirely about others and don’t consider what it might cost to give, they just give.

And we’re not very bright about what God is like, so it is helpful for us to see that when God is a man, He loves the way that the very best men love.

There were good men living in the time of Jesus, just like there are good men living now.  Men who were heroic in their willingness to do what others needed them to do, in the mission of love and justice and mercy.  The Samaritan.  St. Joseph.  St. John the Baptist.  No doubt others as well.

Pontius Pilate was given the chance to be a heroic man.  His wife had been warned in a dream concerning Jesus, and passed on that message to her husband: Don’t mess with this guy.  Let him go.  Gentleman, recall that you chose your wife for this purpose. You elected her to be the one person whose advice you value most, so don’t squirm when she gives it.

He could have been a heroic man, sacrificing himself for the sake of love, justice, and mercy.  He knew very well that Jesus was innocent — he said so himself.

Instead he chose to be the coward of cowards.  What is the suffering of one innocent man compared to the danger I face?  And it was danger.  He was facing the end of everything, and so he pushed away the plain truth and talked himself into the crucifixion.

I do this all the time.  I push away what I know to be the right thing to do, because I do not want to lose some good I’ve convinced myself is more urgent.

The difference between God and us is that He’s God and we aren’t.  He’s all-powerful, our powers are limited.

God-made-Man remained fully God even as He took on the fullness of humanity as well.   As man, he could be fully the best sort of man, giving of himself entirely.  But He was still God, and thus His powers were not limited.

Think of the best people you know.  Perhaps you have moments when you would gladly sacrifice yourself for someone else.  Perhaps you are a parent who would do anything to take on the suffering of your child so that your child can be spared.  Perhaps you see someone in grave danger, and know that if you could, you would give over even your very life to rescue that person.

Sometimes we get the chance to act on that impulse, but usually we don’t.  No matter how fully your heart is filled with generosity and a willingness to sacrifice, your powers are limited.  You would joyfully give your life to save that starving orphan in the war-torn country, but you can’t. You are limited by distance and other obstacles.   Maybe you can’t even give your life adopting some local orphan, because your means or the local bureaucracy or the other people who already require your help prevent you from being able to rescue that other one.

You and I can give everything we have, but we can’t give it to everyone.

We also can’t cause our sacrifices to do exactly what we want done.  My abilities are limited.  I can save some people in some situations, but other problems are beyond my powers.  I lack the mechanism to make the rescue happen.

Fully Man, Jesus was the best of men.  He was willing to sacrifice everything for the good of others.

Fully God, the power of His sacrifice is not limited.

He can save everyone, everywhere, everyhow.

He has the willingness and also the ability. 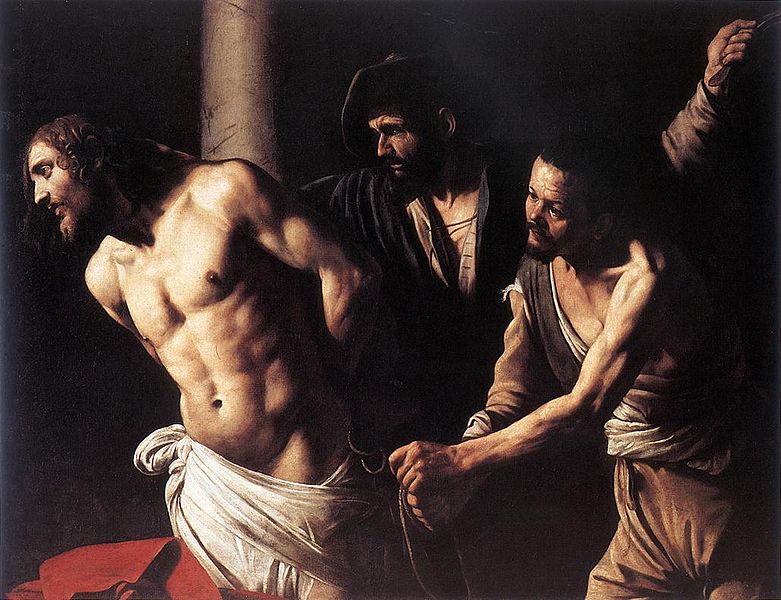 FYI we have a family custom of unplugging for the Triduum.  Some of us will still be on the machine doing things like taxes and homework, but if you’re looking for me, I finally have a legitimate excuse for being gone.  Happy Easter!