So the reason I vanished from the internet like I’d been kidnapped in broad daylight is that I had to quick plan a massive trip to Europe.  (I know!)  A different day, I will write more about the how-to’s of pulling off that feat; for now just know that yes, it consumed my every free minute from the moment the opportunity opened up until the transport, lodging, and insurance were firmly established.

You understand, because you, too, have something you want to do that, if you were suddenly given the chance, you’d drop everything and make it happen.  I want to talk about what it takes to make that thing happen for you.

The One Big Thing

#1 and #2 are inseparably intertwined — doing one means doing the other, always.  #3 is composed of all the other things that might be important, but that when push comes to shove you can pout all you want, I’m not available to do that thing you think I should be doing, if it interferes with #1 and #2.

We have a friend whose One Big Thing was to invest in a large, well-appointed home for his eventual wife and children.  It was so important to him that he started saving up for that house while he was still in college.   It’s not that he would have felt like he’d failed in life, or “missed out,” or that his happiness depended on having that house.  It was just important enough to him that he was willing to sacrifice a lot of other good things in order to make it happen if he could.  (And he did.)

You have some things like that.  Things that maybe are achievable or maybe they aren’t, but if you do get the chance, you’d be willing to set aside a lot of other good stuff in order to make your One Big Thing happen.

The Things We Set Aside

So I’ve been thinking about taking my kids on this trip since I was sixteen years old.

(Yes, that’s right: I wasn’t dating anybody, I hadn’t yet met the man I’d eventually marry, it would be another decade before the first child was even born.  I was sixteen years old and walking along a misty tree-lined alley leading up to a historic French chateau, and I knew that one day I wanted to share that moment’s experience with my future children.)

Everybody has a different financial picture, so this isn’t a talk about how if you just do what I do you can have your big thing.  But I want to make it clear that there’s a long list of good, worthwhile things we’re forgoing to make the One Big Thing happen.  On that list:

I mention that last one not because it’s a big deal (I know larger families living in smaller houses), but because to a lot of people, a spacious home is their One Big Thing.

You just have to know yourself and know what trade-offs fit the kind of person you are.  No matter how rich you are, you can’t have everything you’re able to want.  We all have to prioritize, and give up some good things in order to have other good things that are more important to us.

I’m not omnipotent nor omniscient, and neither are you.  There’s no telling what will happen between now and the end of June.  Perhaps our plans all come to naught.  One of the ways you know you’ve hit your One Big Thing is because you can honestly say to yourself: Even if this doesn’t work out, I have to try it, because I will always regret not having taken my chance when it came.

[Tip: If you are making a significant financial investment in anything, get that investment insured.  You can insure a house, a car, a boat, a musical instrument, and yes, even a trip.]

In our case, what happened is that we were thinking about taking a much more reasonable, but still-ambitious, stateside family trip.  That was another thing we’ve always wanted to do and here we were: The kids were at the ideal age, my health was finally decent again, there was a slot when we could take the time off and make it happen.

So we talked about a variety of other, much more sane choices.  Then one day I came to my senses.  I told my husband: I would rather not go anywhere this summer, and save up for as long as it takes to make my One Big Thing happen.

And he briefly set aside all reason and scruples and determined that he really, really loves me, and that maybe we should talk about this.  I pointed out that I’ve been talking about doing this trip since as long as he’s known me, and also there has not been a single time in the past decade when I was physically able to make it happen.  Our son graduates high school next year.  If I wanted to do it, now was literally the only time. 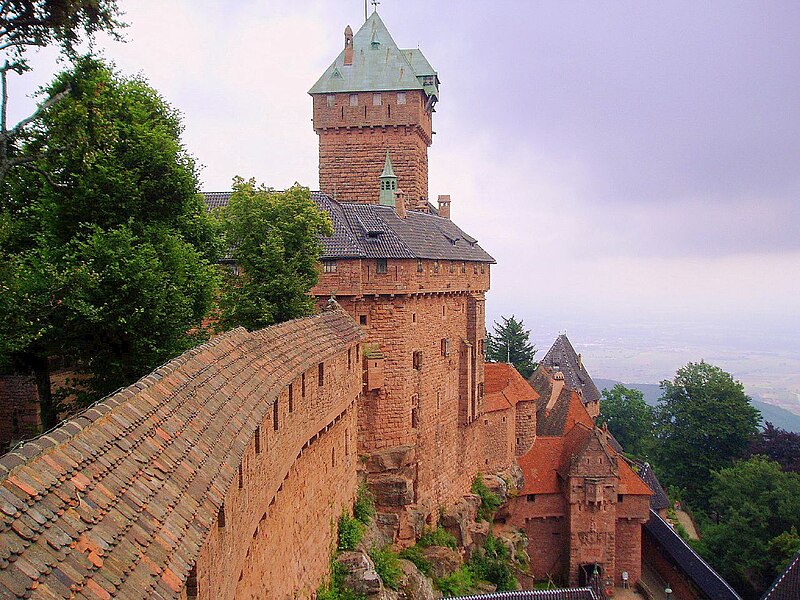 This is where we’re going.  Photo by Fr_Antunes (Flickr) [CC BY 2.0], via Wikimedia Commons. And no I won’t be live-blogging it, because: I don’t have a working laptop.  That’s fine.  My One Big Thing wasn’t “taking the internet on this trip,” it was, “taking my kids on this trip.”  I don’t recall ever giving birth to a computer, thanks.