Now many of my non-Catholic readers aren’t so much protesters as “Mere Christians” and can happily get along with some Jesus-art, whether plain plaster or glow-in-the-dark like the Good Lord intended. But there are always a few who are true Protestant’s Protestants, and need to clean house of any popery that might have sneaked into the pews* by accident.

As a history buff and confirmed papist, I’m here to help you root out all traces of Romishness quicker than you can say “whore of Babylon.”  Here are the ten biggest offenders:

The Trinity.  Does the Bible even use the word Trinity?  No it does not.  Obviously invented by bishops.

Illustrated Bibles. Your KJV comic book Bible is really just the Book of Kells in sheep’s clothing.  Seriously you weren’t thinking of buying that I hope?  Honestly the whole thing has to go.

Hospitals.  Monks and nuns and bishops and all that stuff. If you opened a hospital, people would basically think you were Catholic.

Universities.  Talk about pure popery from the get-go.  Avoid.

Latin.  There’s nothing more Romish than the language of Rome.  Sure, the language was invented by pagans, but then what is Catholicism but paganism warmed over?  When looking up plant species or medical terms, it’s safest to translate the Latin into German first.

Guitars.  No one really knows where they come from, except of course it was Spain. Now you can find them in virtually every Catholic church in the world.  Bonfire. Tonight.

Martin Luther.  Father of the Reformation Schmather of the Schmeformation.  Not only is there an eerie parallel between the Martin Luther Insult Generator and the Pope Francis Insult Generator, but the man was a closet papist the whole time.  It was the proto-typical Jesuit Plot, long before anyone even admitted there were Jesuits.  No good Protestant will get within 10 miles of a building with the word “Luther” in the title.

Methodists.  The better English-language Catholic hymnals basically consist of the Wesley brothers, Fr. Faber, and a couple bits of  Thomas Aquinas, translated.  We suspect the Illuminati are behind the rumors that John and Charles Wesley didn’t like Catholics.

Mendelian Genetics.  You thought nothing of sitting around the dinner table trying to figure out where little Josiah got his blue eyes from. Let’s just say that “Augustinian Friar” is not the chicken at your late-summer potluck.

The Big Bang.  As a Christian who believes God created the universe ex nihilo (Google Protestranslate suggests: aus dem nichts), you no doubt are in the habit of recognizing God’s hand in the science of creation.  Aren’t we all.  But the whole idea that God spoke and bang! the world was made?  Forget it.   Well known, openly acknowledged Jesuit plot. 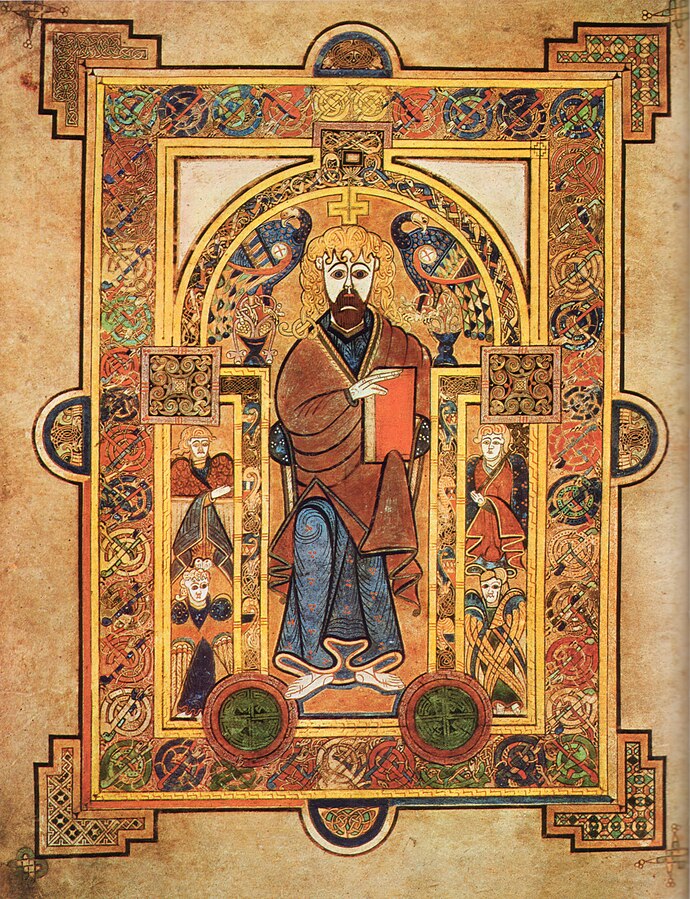 Artwork: Christ Enthroned, as envisioned by a bunch of Bible-hating celibate Irish papists.  What is with that hair? Whoa.

*Pews themselves have a suitably Protestant pedigree.  They can safely stay.