Over at the blorg yesterday I wrote about how, whatever St. Junipero Serra’s sins might have been, an authentic desire to evangelize is not one of them.  Figures I’d say something like that.  Today I want to address a deeper question: What are we to think about the problematic behavior of saints and other heroes?

Let’s begin with some foundational principles.

–> We expect a saint to love Jesus Christ and to practice and proclaim the Catholic faith as best he or she is able.

From our lives, from common sense, and from the historical record, we can know that there are obstacles to living out our Christian ideals.

Some obstacles are internal, such as physical or mental illness.  These roadblocks to practicing the faith don’t make us less faithful.  What they do is cause us to have to put more effort into loving God, who sees and acknowledges the heart.  While some saints may have awe-inspiring external, easily-visible accomplishments to their name, others do not.

Other obstacles are created by our society, our culture, or the people around us. In another era, a saint might have been able to care for orphaned children by simply opening the doors and welcoming those in need.  In our time, extensive regulations may prevent an individual, family, or religious association from being legally allowed to provide care.

–> When we look at a saint’s life, we have to realistically assess the resources and opportunities that were available to that person living in that era.

While the natural law is written on the human heart, we know that human beings are fallen creatures. We are tempted to do what is comfortable and self-serving, and often we let our desire for gratification color our understanding of the Gospel.

Thus it is hard for a saint, or anyone, to overcome his or her weaknesses.

Furthermore, our culture affects our ability even to contemplate what the Gospel might be asking of us.  A type of generosity or piety or morality that was encouraged and accepted in one time or place might be rare or nonexistent in another.   When a given concept of Christian morality or devotion is simply not on the radar in our own time and place, it is very, very hard to look over the walls of our native culture and consider a better way of living.

I’m hard pressed even to provide an example, because I know that for any specific suggestion I make of an area where modern Americans struggle with recognizing and articulating the faith (and some other cultures did not), my suggestion will be dismissed as “ridiculous” or “extraneous” or “old fashioned” or “obsolete” or something else.  We cannot see what lies beyond the walls of our own cultural prison.

–> We can expect a saint to respond freely and generously to those aspects of the faith which were understood and practiced in his or her culture, and to make sincere but not always successful attempts to discern and apply Christian doctrine counter-culturally.

In contrast, every culture has its virtues as well.  What is often very confounding in the lives of the saints are the examples of virtues that are foreign to our time, but were considered ordinary piety in the saint’s time.  Here I will give an example.

In our time, the practice of physical penance is virtually unknown.  We allow for the merits of offering up unavoidable suffering, but even that is counter-cultural.  One of the great challenges of our time is fighting evils such as abortion and euthanasia, which are fueled by a culturally-driven placing of the avoidance of suffering as the highest good.  Even Christians have difficulty understanding why some of the suffering that life brings might, at times, have to be endured when there is no moral way to avoid it.

We do have a limited understanding of the value of physical penance.  Specific acts of self-discipline are practiced by the most-rigorous of religious associations, and minor acts of self-denial are encouraged for all Catholics during the penitential season of Lent.  However, even there, in our time we always temper any mention of corporal penance with warnings not to overdo it, not to commit self-harm, and so forth.  I am absolutely at one with my wider spiritual culture in that regard.

In contrast, in other eras, we see that the benefit of physical penance was considered of greater value than the avoidance of physical harm that might result.  Hence we have countless examples of saints and ordinary Catholics and even non-Christians carrying on astonishing displays of self-inflicted or self-allowed suffering that, to our modern mind, are contrary to faith and reason.

What’s going on with that? Shouldn’t the saint have known better?

Keep in mind those cultural walls.  When your spiritual culture is telling you that xyz is the greater good . . . if your greatest desire is holiness, you will seek after that good.

–> We can expect saints to be willing to go to extremes to pursue paths of holiness encouraged in their time and place.

Where does this leave us?  It leaves us with saints who consistently love Jesus Christ, and everything else is a toss-up.  Saints are people who strive for holiness, but that striving is going to be shaped by his or her personal limitations, by cultural boundaries, and by the types of piety and service that are most encouraged in his or her time and place.

Saints can still surprise.  We look with special awe at those saints whose lives were wildly counter-cultural, because they stand out not only in their time but in ours.

All the same, some saints can make us uncomfortable with just how wrong they seem.  When that happens, there are three questions we should ask:

What we don’t need to do is be afraid.  It’s okay to have weird saints in our spiritual family tree.  We are not a religion that worships mortal men. We are a religion that worships Jesus Christ.  Allow the Lord to show when and how to learn from this or that saint, and when you need to recognize that so-and-so just isn’t the best spiritual companion for you right now.

Is this person helping you grow in love? Is this person drawing you closer to Jesus Christ?  Whether it’s a saint in heaven or someone you know here on earth, those are the qualities we look for in spiritual friendships.  It doesn’t matter whether so-and-so is so helpful to your friend or your mom or you favorite priest. Choose to surround yourself with the people who make you a better Christian. 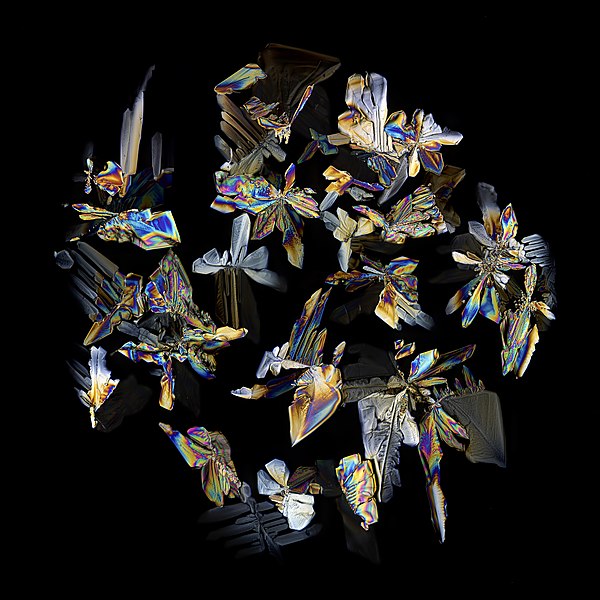 Photo: Crystals of dried Coca-Cola, courtesy of Wikimedia Image of the Day, CC 4.0, by Alexander Klepnev.  I was going to settle for a renaissance peoplescape of Heaven, but then there was this. So this is what you get.  Probably the best use of Coca-Cola yet.