Larry D thinks I ought to consider becoming a blogger, and to that end he tossed this bit of controversy in front of me: “Why We Don’t Encourage (Little) Kids in Church.”  It’s from Church of the Nativity, so they know a few things.  As long as we’re prophet-slinging, here’s an excerpt from Joel 2:15-16 (scroll down, I gave you the whole chapter):

Blow the trumpet in Zion; sanctify a fast; call a solemn assembly; gather the people.  Sanctify the congregation; assemble the aged; gather the children, even infants at the breast.

Faced with such Biblical evidence, I’m going to switch over to talking about common sense and experience.  We’ll look at three factors from NOT to MOST important as we weigh in on the noisy young thing problem.

Whether Someone Distracts You is Not the Question

Here are some things that are distracting at Mass:

Whether someone or something is distracting really isn’t the question.  Some distractions are God helping us mature spiritually; others, like poorly-sized HVAC units, are an abomination unto the Lord.  We’ll have to look elsewhere to discern which are which.

There are Strategic Arguments For and Against Little Children at Mass

Here’s one I’m firm on, because I have seen over and over and over again how this rolls: If your spouse is not Catholic, you need to take your oldest child to Mass every Sunday and Holy Day from the first time you return to Church after giving birth.

Trust me.  You have to do this.  What if it means you and young Mr. Colick spend the entire service standing on the front lawn?  You take him anyway.  If your oldest child spends his or her early years lounging around at home having fun with the non-Catholic spouse while you are at Mass, you are highly unlikely to get that or any other subsequent child to Mass, ever.  I have watched this reality many times.  Yes it sucks being that lone parent with no help and no support and Father Justascolicky treating you like you’re an idiot because you dare to bring a non-conforming child into the sacred assembly, but you must do this.  Add younger siblings as you are physically able.

If you and your spouse are both faithfully Catholic, or if it’s a younger sibling, you can be more pragmatic about it.

But at the same time, and even with that firstborn of a solo Catholic, you can be pragmatic. Make arrangements with the nursery volunteers to check in before Mass but to plan for your child to go to the nursery mid-Mass.  If your child only stays for the opening hymn and then slips out, that’s a start.  You can set milestones for spiritual growth, and reward your child for making it through the portion of Mass he or she is ready to endure.  If your parish doesn’t offer donuts, keep a box of cookies in your trunk.  Any kid who meets goal gets the reward after Mass.

And finally, you have to go with your own comfort level.  If you get uptight and freaked out at every little noise your child makes, use the nursery more liberally.  If you are so laid back you let your kid stretch out and play with his action figures on the stairs to the altar, get your act together and grow some self-discipline.  But for the vast middle of ordinary parents, find a place to sit that works for your family, then let your kids participate in the manner they are able.

Mass is Not a Lecture Hall

I am concerned by the spirituality reflected in this statement from Fr. White:

But if they can’t understand the readings and they cannot take Communion, it is unclear what they are “receiving” Sacramentally.

Let us give Father the benefit of the doubt and assume he expressed himself poorly.  Please to God he has a better understanding of what happens at Mass than this.

First an aside on “receiving”: When my son was little, I used to read to him on our porch.  He would be wiggling and squirming and doing gymnastics, and I would stop and say, “Do you want me to stop reading?  Because if you are bored we can take a break?”  And he would say, “No!  Keep reading!  I’m listening! Please don’t stop!”  I’d ask him to tell me back what he’d just heard, and sure enough, he’d been listening.  Children don’t always look like adults when they are being attentive.  (And adults have often mastered the art of faking attentiveness when they are not listening at all.)  I think in particular of the young boy with autism who sits in front of me most weeks at Mass, and clambers around the pews . . . his spirituality is on point.  It is not articulate.  It is not pretty.  But those who know him and can read him know that his devotion to the Blessed Sacrament is rock solid — and that though he does not receive communion.

Now back to the question of what it is children receive at Mass, and even more importantly: What they give.

The Mass is the ultimate act of worship for humans, and the ultimate act of intimacy with His earthly creation for God.  For an infant less than about nine months old, participation at Mass will primarily be one of closeness to Mom and Dad — call it the proto-apprenticeship.  But from that time forward, bit by bit the child joins in the active worship of God.  A nine month old infant can clearly communicate preferences and meaningful actions, and can speak with the body before words are coming out of the mouth.  God is not some advanced subject you can’t start studying until second grade.  A relationship with God is literally the thing your child was made for — it is your child’s single purpose for existence.  Period.

Therefore, unsurprisingly, young children are able to participate in the worship of the community from a very early age.  If only someone will tell them what is happening, they can know that their prayers have meaning and value.  They can know that a time set aside to be with the Lord is precious and important.  They can be filled with a desire to raise their voices, however untrained, in praise and prayer.

They do this poorly.  Grown-ups do it poorly too.

The Church in her wisdom does not require young children to attend Mass every Sunday, because she knows that children vary in their capacity for enduring your parish’s feeble attempt at worship, which no matter how soaringly beautiful will always fall short of what it aspires to be.

Matthew 19:14 is not a mistake.  I know very well that bringing little children to Mass is a form of suffering.  So suffer them. 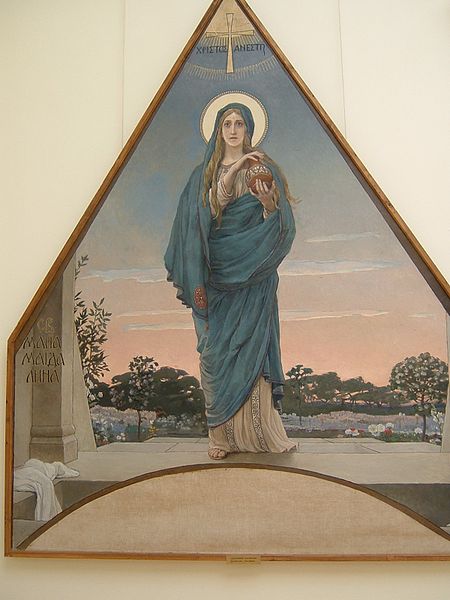