I do not know Fr. Frank Pavone, but I have friends who hold him in high regard.  There can be no questioning the sincerity of his devotion to the cause of ending abortion.  I agree with the sentiment that we who are pro-life are not vocal enough in our opposition to the massive slaughter taking place in our country.  While it is evident that I disagree with Fr. Pavone concerning certain tactics, I am not one to confuse squeamishness with righteousness.

Zeal can at times cloud our judgement.  I am an expert in rash behavior, and the decision to place a deceased infant on his chapel’s altar was, I firmly hope, an act of miscalculated passion.

It was certainly a sin.

Have you been to confession lately?  Fr. Pavone is human, and like you, he is capable of sinning.  Like you, he is capable of acting in willful disregard of the law of God.  He’s also, like you, capable of acting in culpable ignorance.  We who view from the outside cannot know the state of Fr. Pavone’s soul; we can, however, inform our consciences to the point that we can perceive when an objectively sinful act has been committed.

Now it is likely that in his tactics Fr. Pavone sinned against the virtues of prudence and temperance; certainly his bishops have found it so. For the remainder of this essay I’m setting that aside, already dealt with extensively elsewhere.  We are going to look only at the sin against the cardinal virtue of justice.  Did Fr. Pavone give God His due?

What is the Purpose of the Altar?

In our spiritual lives we often invoke the image of the sacred altar.  We speak of uniting our sufferings with Christ on the Cross, and Christ in the Holy Sacrifice of the Mass.  When we offer up a Mass for a given intention, we might say that we placed that intention on the altar.  You’ll often notice when you attend Mass that the priest will have a card right there on the altar reminding him of the intention for that Mass.

Thus we can understand how someone — anyone — might have the natural instinct to place some significant object on the altar in an act of devotion and offering.

To avoid sin, however, requires obedience to supernatural instincts.

The altar of the Mass is the place where heaven meets earth.  We who enter a Catholic church are entering the Holy of Holies.  We are people who, at the moment of the Consecration, see God and live. We are so used to this sacred privilege that we forget how unspeakably privileged we are.  The daily duty of caring for the parish church can create an over-familiarity with sacred things, to the point that we  start to forget they are honest-to-God sacred.

Our Strength is in the Lord

Time and again in the Old Testament, we see the Lord do valorous deeds for the people of Israel.  That miraculous action didn’t end with the Incarnation: We can cite miracle after miracle in the long history of the saints down to our present day.  These miracles are not mere emotional adjustments.  God acts in the physical and social world, at times miraculously delivering physical healing, political victory, and military protection.

These miracles happen not on our schedule but on God’s.  They also follow a pattern, and it’s a pattern that illuminates the nature of Fr. Pavone’s error.  Step 1: We turn to God for His miraculous provision.  We acknowledge our complete dependence on God’s saving hand, and abandon ourselves entirely to His divine will.  Our help is the Lord who made heaven and earth. Step 2: God intervenes for the good of His people when and how He pleases.

In so doing, we often experience the Lord’s sacred paradox.  We put our trust in the Lord, not in chariots and horses — only to turn around and see the Lord using chariots and horses to deliver us.  The order of the operation is the hinge on which the whole of salvation rests.

In the beginning there was God, and then He made heaven and earth.  The sacred altar belongs to that First thing.  It is a holy place set aside for the Presence of God in the shockingly same way God Is, outside of all time and space.

God wills the protection of all innocent lives.  He wills an end to abortion.  It is the desire of God that men would freely act to end this atrocity.  It cannot but be the desire of God to come to our assistance in the work of protecting and defending the most vulnerable among us.  These facts are incontrovertible.

But there is another incontrovertible fact: The altar is reserved to divine worship and nothing else.

We must charitably assume that Fr. Pavone’s recent actions were motivated by a sincere desire to serve God.  All the same, he committed an act of sacrilege.  We can defend him with mercy, for who among us is not also a wretched sinner, but we can’t defend his action with approval.  To do so would require contortions along the lines of proposing that first God made heaven and earth, and then the next day He Is.

No no no.  It must always be the other way around.  It is unable to be otherwise.

The objective gravity of Fr. Pavone’s sin was in putting a second thing first.  He failed to remember the supreme sacredness of the altar.

You have probably done that once or twice, if only in thought if not in word or deed.  You may have heard about, if not witnessed yourself, reprehensible violations along these lines committed by clergy and others who ought to know better.  We humans are woefully fallible.

Fortunately, there are remedies.  Begin by forming your conscience as to the sacredness of the altar of the Sacrifice of the Mass.  If you do not live in a parish where the sacred altar is treated with due reverence, make a pilgrimage to a place where it is.  Lex orandi lex credendi.

Then proceed with prayer and fasting for the reparation of every rent in the sacred relationship between God and man.  Contemplate our Lord’s mercy on us sinners.  One of the missions of Priests for Life is bringing healing to those who, knowingly or unknowingly, committed a grave offense against God and man in the act of abortion.  As it is for abortion, so it is for every sin: No one who desires to repent is beyond the reach of the Lord’s infinite mercy. 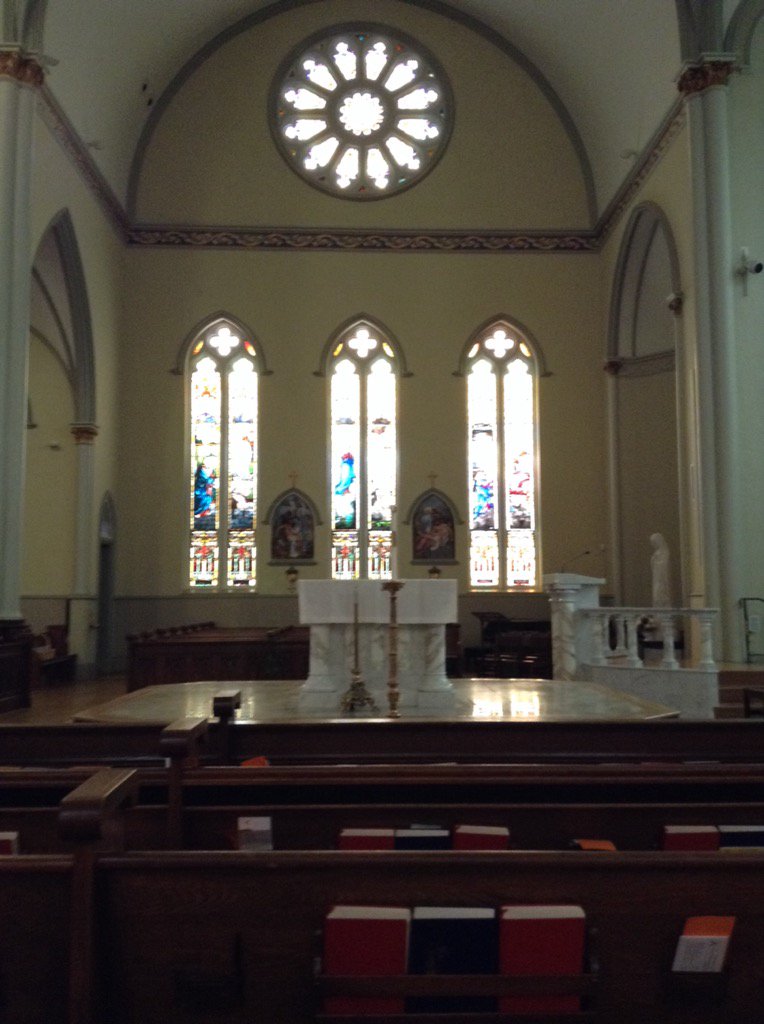