The man you want on your side Blessed Isnardo of Chiampo, feast day March 22nd. From Butler’s Lives:

Isnardo, we are told, in spite of the fact that he led an extremely ascetic life, was very stout, and physical exertion of any kind was a matter of much difficulty for him. . . . On one occasion a scoffer ridiculing the speaker’s corpulence shouted out, “I could no more believe in the holiness of an old porpoise like Brother Isnardo than I could believe that that barrel there would jump of itself and break my leg.”  Whereupon, we are told, the barrel did fall upon his leg and crush it.

He wrought other miracles as well, but that’s the one that everyone remembers. 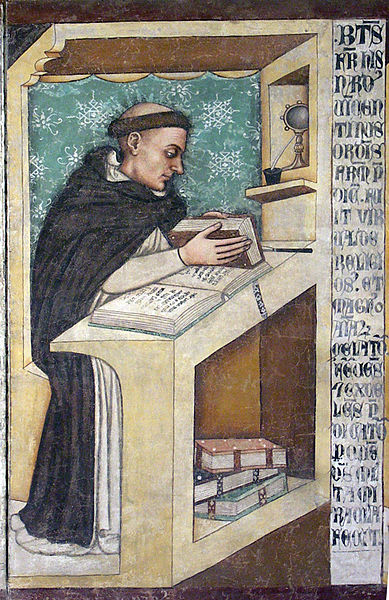