This week down at the laundry-shower place, a guy named Phil pees on himself.*

Nah, I don’t think so.  When you meet Phil, one of the things that stands out is that he almost certainly has miserable health problems.  A lot of the clients have that look.  From the way Phil has trouble walking, you might guess, for example, that he’s got a spinal injury or something.

Something else you notice after spending a little time in the same room, and getting to wash his clothes and to observe the care he puts into straightening himself up at the shaving sink, is that this is a guy who cares about his appearance.  He knows odds are against him, and he’s making the effort.  He doesn’t want to be that unkempt crazy street person.

No one who comes into the shower-laundry does.  That’s why they come.

So today from my post at the machines I notice the odd whiff of urine-fresh-scent, and it seems to pick up when Phil walks by, and sure enough when I glance over at him sitting waiting his turn for a shower, evidence is he either dropped a cup of water in his lap or he’s the guy.

He does what any sane person would do in his position: He stays cool and pretends it didn’t happen.  Maybe no one will notice.  Maybe people will think he spilled his ice water.

What else is he going to do?  In a minute he’s going to be able to shower and put his clothes in the wash and take care of the situation, but until then he’s stuck.  And I’m telling you: Phil is not a guy who wants to be sitting there with wet pants.  He just isn’t.  He hates it as much as you would.

Here are two things about being homeless:

When people with good stiff bootstraps visualize homelessness, they visualize a weekend with the Boy Scouts.  Be hard-working and resourceful!  No-match fires and a foraged meal?  Sure!  Except of course that if the Scouts went on a camping trip but you were in no condition to go, your mother made you stay home.

If you are homeless or nearly, depending on your area there may well be help for you with food and clothing, with shelter if you can get along in a group, and sporadically with medical care and so forth.  I’m not aware of any programs that stock incontinence supplies.  I checked our supply shelves — we don’t.  You have to have cash to cover that one.

That stuff’s expensive.   Price it yourself — everyone pays out of pocket, not just homeless people.   There’s a lot of help to be had for homeless people, but none of it involves handing out cash.  So if the problem’s new or infrequent, financially the calculus may well lean heavily towards hoping that if you have an accident it happens right before you go in to get your weekly shower.

*Heck no, I’m not telling you people’s private business.  All names and identifying info are totally changed. 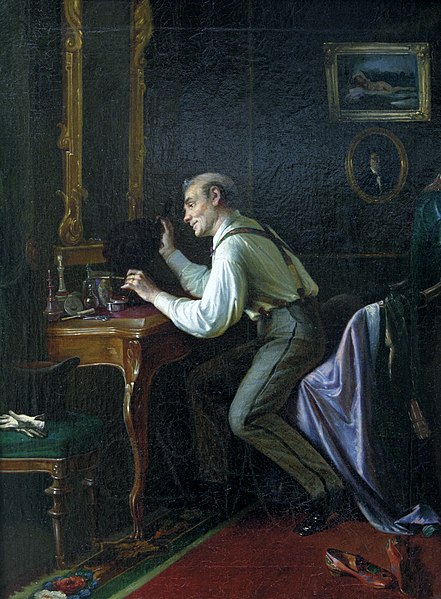