So here’s something that happened yesterday: A guy who should have known better, a stalwart defender of virtue and reason, posted a video on Twitter of a group of tween girls dancing in an explicitly sexualized manner.

Anyhow, that was my two minutes of previewing Cuties, a film I was willing to consider might not be nearly what Netflix promoted it as, and a film that I still suspect was attempting to be a serious entry in the discourse against the hypersexualization of tweens and young teens.  I even considered that the video this person-who-should-know-better posted was in fact a deepfake designed to hype up the political divide, though alas with a bit clicking around, the reports from those who viewed the film in its entirety confirm the dance sequence was genuine.  IMDB briefly posted a warning, in reference to another scene in the film, the FYI it was technically in violation of US child pornography laws.  Yikes.

So. We revisit a very old topic, and if you like, you can scoot on over to the The Junior Moral Theologian’s DIY Kit, where I lay out all the moral issues in more detail.  Here I’m just going to repeat myself a bunch of different ways:

You may not do evil that good may come of it.

Having a good intention does not make an evil action a good action.

The fact that something good resulted from an evil act does not make the evil act good.

This is the non-negotiable of any viable ethical system.  Might you find yourself in a horrible situation, in which you are forced to choose among several terrible options, and, in your desperation, choose the one with the least-bad outcome? Certainly.  It’s a fallen world and in the worst circumstances we might find ourselves doing the unthinkable.  It happens.

That does not make the evil action right.  It just makes it the thing you did at a time when you didn’t see any other way.

In the case of, say, a Christian commentator with a large following choosing to post erotica, or a secular filmmaker choosing to train and pay young girls to perform that erotica, we are not speaking of desperate persons forced into a corner and struggling to find any way out.

But, and let’s be very clear here, neither of these two is any different from the rest of us.

Both, we can charitably assume, are in fact seeking to accomplish something good.  The commentator was seeking to warn audiences that the film in question was morally objectionable. The director was seeking to warn audiences that the sexualization of young girls is a serious problem in our day — and before you scoff at that, I can attest from my viewing of the excerpt that the girls’ faces as they performed absolutely communicated a sense of being lost, of not understanding, of not liking, and yet of feeling like they had to do the thing in order to be approved.  The stated artistic goal was accomplished in the scene I saw.  The obvious (to you and me) problem, which makes the film unviewable for persons of good will who are duly forewarned, is that the director went about communicating her (valuable) message in a way that was, in fact, harmful to the girls working for her.

In the same way, the commentator who posted erotica in order to warn against erotica was exploiting the victimization of the girls, and also putting erotica in front of his readers, in the name of an otherwise good purpose.

The habit of using evil to do good is absolutely embedded in our culture.

In theory we consider lying (that would be a direct, explicit violation of the Ten Commandments) wrong, but in reality our culture has long categories of lies that are acceptable because they are done with good purposes in mind.

If Catholics are wacko extremists on medical ethics, it’s because our society considers the killing of innocent persons to be only wrong if it’s done for unpopular reasons.

National Public Radio hosted a non-ironic, softball interview on the justification for the violent destruction and theft of the property of innocent persons.

I’d be remiss in this list not to mention the whole justifying of adultery as if the average man or woman just had “no choice” but forsake their vows? And yet people will say that, and think that, in the most banal of circumstances.

Maybe you aren’t guilty of any of these, or at least not lately.

Before you get too convinced you aren’t like those other sinners: I challenge you to try to get through a full week without doing something you know is wrong — even if it’s just a little bit wrong — with the motivation of seeking a higher good.

Sin is like this.  For most people, most of the time, sin is not fueled by a desire to do something horrible, it’s fueled by the twisted-up quest to experience something we’re convinced will be good.

“Less evil” is not good.

One of the reasons I expect it was so easy for the director of Mignonnes to justify her decision to pay young girls to perform erotica (and in one case, per IMDB’s original warning to viewers, to expose her breast on film) is that her film was about how normal these behaviors have become.

(FYI for those wondering: The acceptability of pornography is far more entrenched in respectable French society than in the United States.  That’s me reporting first hand experiences among the married-with-kids, stalwart-citizen, professional class of the late 1980’s.  Not something I read in a book.  What I have seen in real homes among people who met every definition of “respectable” in their era.)

The director of the film was not asking the girls to perform something forbidden and illegal (though Netflix should know that the reported frontal-nudity scene is in fact illegal in the US, however award-winning it may be elsewhere). She was asking them to recreate what persons like myself got accused of prudery for objecting to when it appeared at the Super Bowl half-time show this year — albeit in the wholesome USA we have adult women do this to show how “liberated” they are, while the girls from the dance companies, the very best girl-dancers, handpicked to perform on the field on the biggest TV night of the year, look up in adoration.  We reserve the actual girl-erotica for dance competitions on other weekends, thanks.  So, from the director’s point of view, she was requesting the girls repeat what they already were willing to do, and may well have done before, only this time framed in such a way that viewers would be shocked into realizing just how wrong and destructive it is.

And that’s a shame, because there’s every reason to believe the director was attempting to open a very important conversation on sexual exploitation — just like the commentator who posted the erotica was trying to legitimately warn viewers away from the film that fell so badly short of its mark. 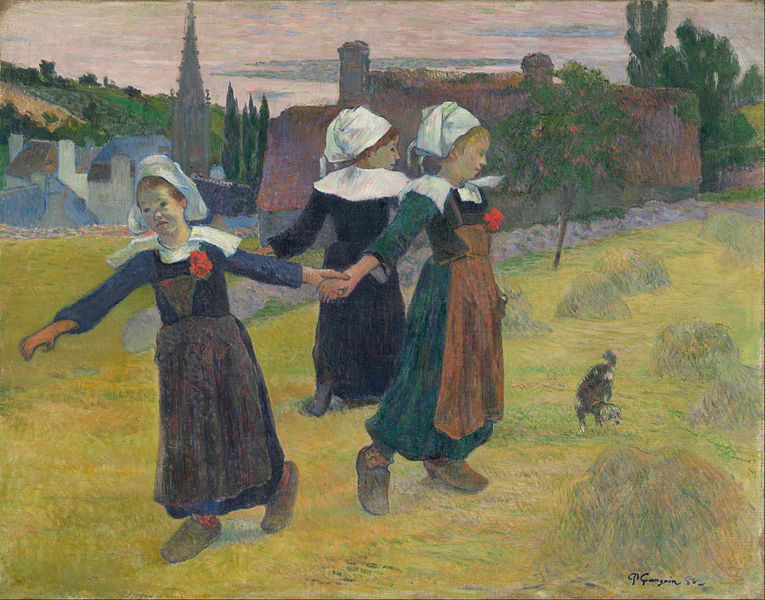